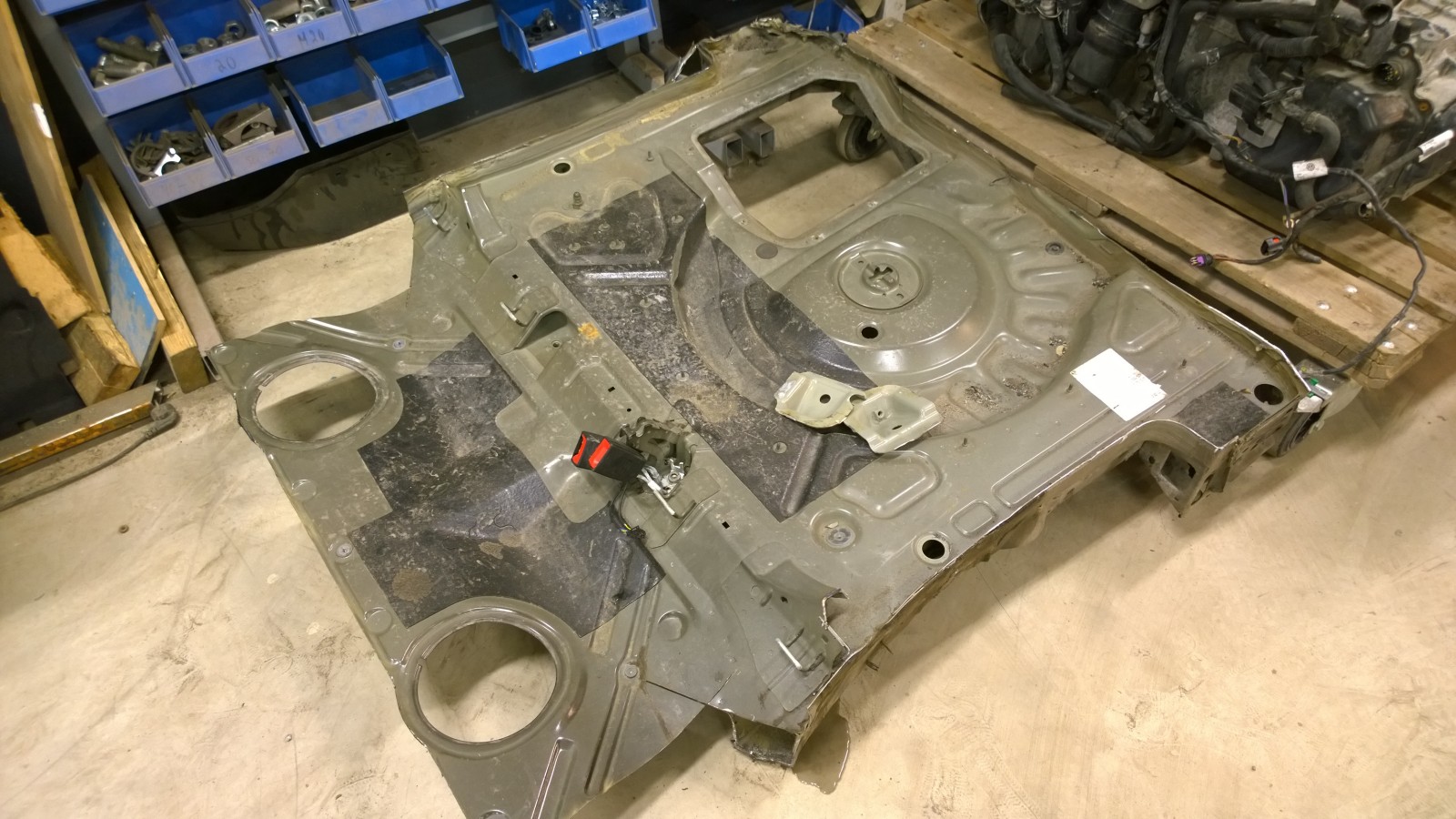 So we had Golf the donor car at Pekka’s garage. We did some quick comparison to Scirocco and didn’t see anything too difficult. We’d been comparing already from ETKA and it was pretty much as we expected. The trunk floor was clearly different, otherwise the body was pretty much similar. It looked that we’re able to cut the trunk floor from Golf and swap it to Scirocco. It was time to tear the Golf down.

Finally we were able to make some space to the garage and bring Scirocco back in. 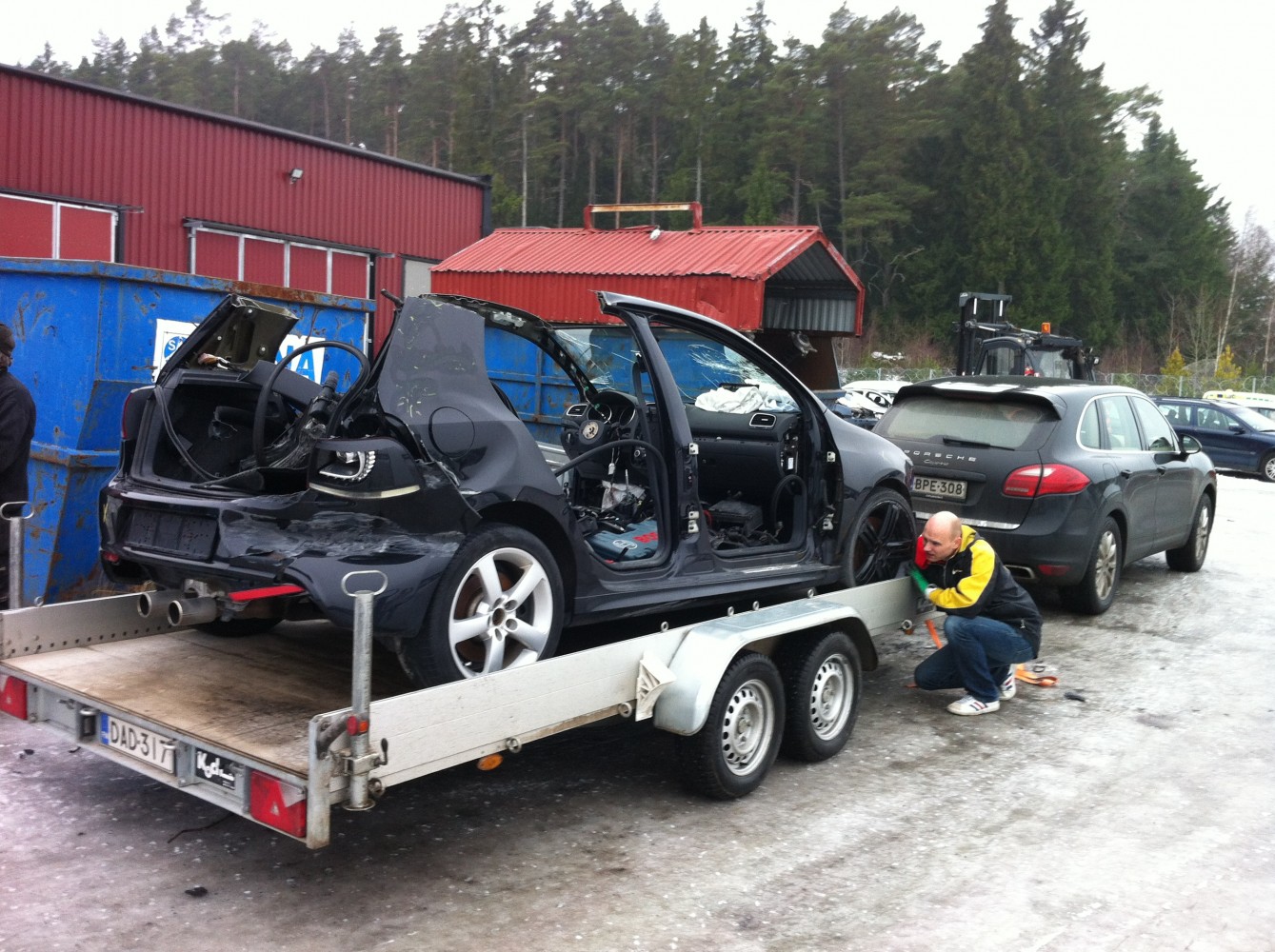 It was not that easy though, the breakers was not allowed to sell the whole car… to avoid that some crazy Finns would repair a car that has been ruled for demolishing. So we had to “destroy” it first. We decided to cut the roof off – we thought we might use some other parts like pillars and sills for some other car repair. 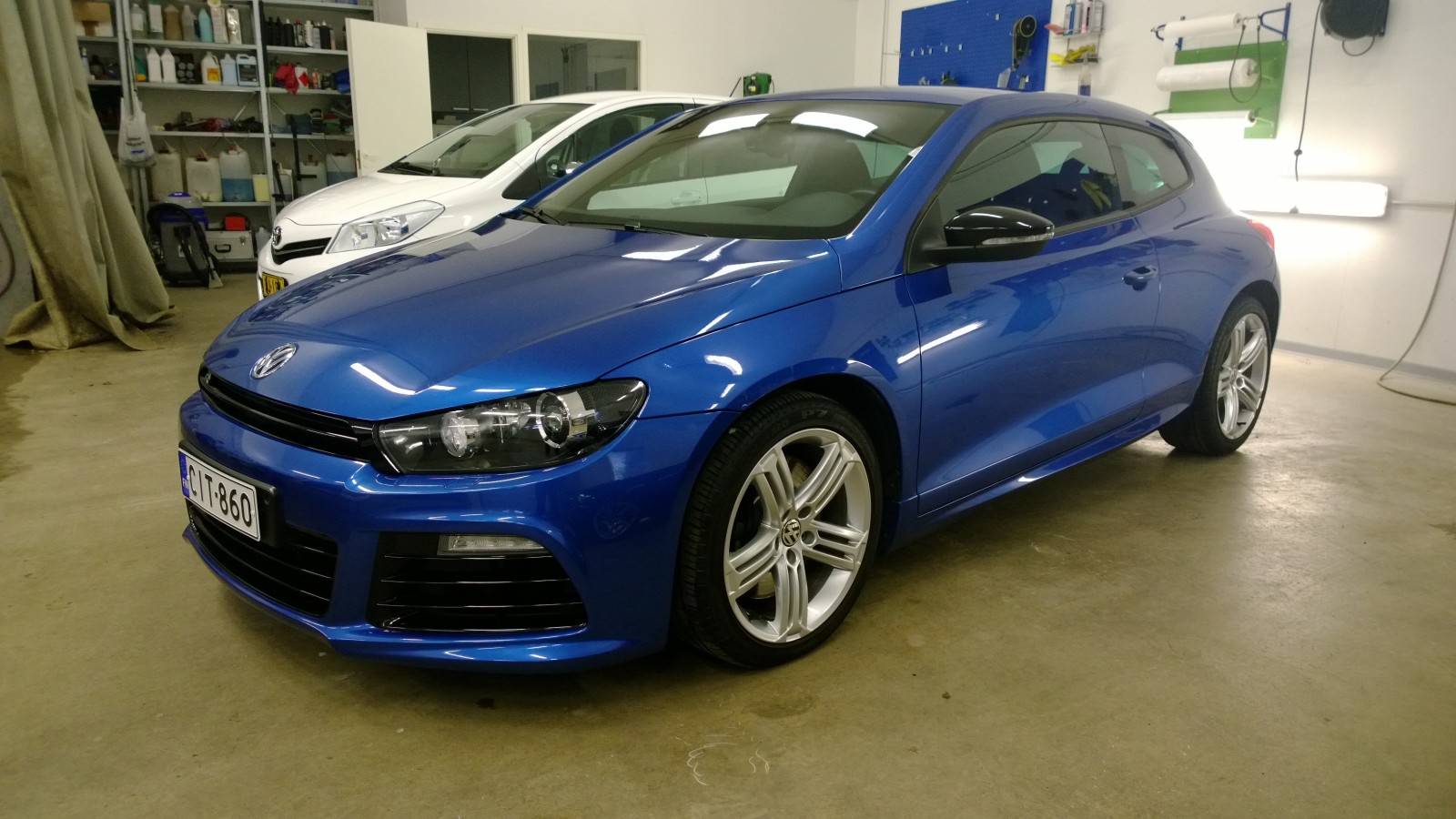 OK, let’s get back to English. Although this website is mainly in Finnish, we decided to write this project in English, as there’s been some international interest on this.

Car modification is very controlled in Finland. The law is strict, especially for modern cars. If you want to keep the car legal, in many cases you need to get a special permit from authorities. And it’s not easy to get, it involves a lot of paperwork and paperwork is not the ambition of car enthusiast… that’s why many give up and either keep the modifications secret or don’t even bother.  We didn’t give up and decided to give it a shot and see if we could convert a mk3 Scirocco to all wheel drive and still keep it street legal. Hopefully this works as an example for other fanatics and encourages them to build their dream cars and still be able to drive them on our every day racking and ruining roads.

The whole thing started in late 2013 when the author (Heikki) sold his Superb and bought a 2011 Scirocco R. Friends tried to warn, winter was coming and it would be no fun to drive a fwd car after Superb V6 which had AWD. And man they were right. I tool less than a month when we started to build a vision of converting the Scirocco to AWD. We knew that Scirocco is based on the same platform as mk6 Golf (PQ35). We didn’t know exactly how similar they were, but had a gut feeling that the project should be doable: Take the drivetrain from Golf and mount it on Scirocco.

Originally we were looking for just the drivetrain but eventually decided that it was safest to buy a more complete car in case we needed some parts we didn’t know we needed. And we’re glad we did. We started to look for wrecked mk6 Golf R’s, as they were the closest match to Scirocco R. Finally we found one good donor car from Sweden. At that time there was a WRC rally in Sweden, so we decided to take a long weekend trip and see the rally, buy the car and bring it to Finland with us .

During next couple of weeks we’ll try to describe what and how we did. Now, after the job is done, it’s easy to say it’s not that difficult at all. But when we started it, we didn’t really have any examples available, we had to figure out many things just by ourselves. Not to forget the paperwork that is required to get the permit.

Hope you will enjoy and leave feedback for us! If you want to know something more, leave us a question! 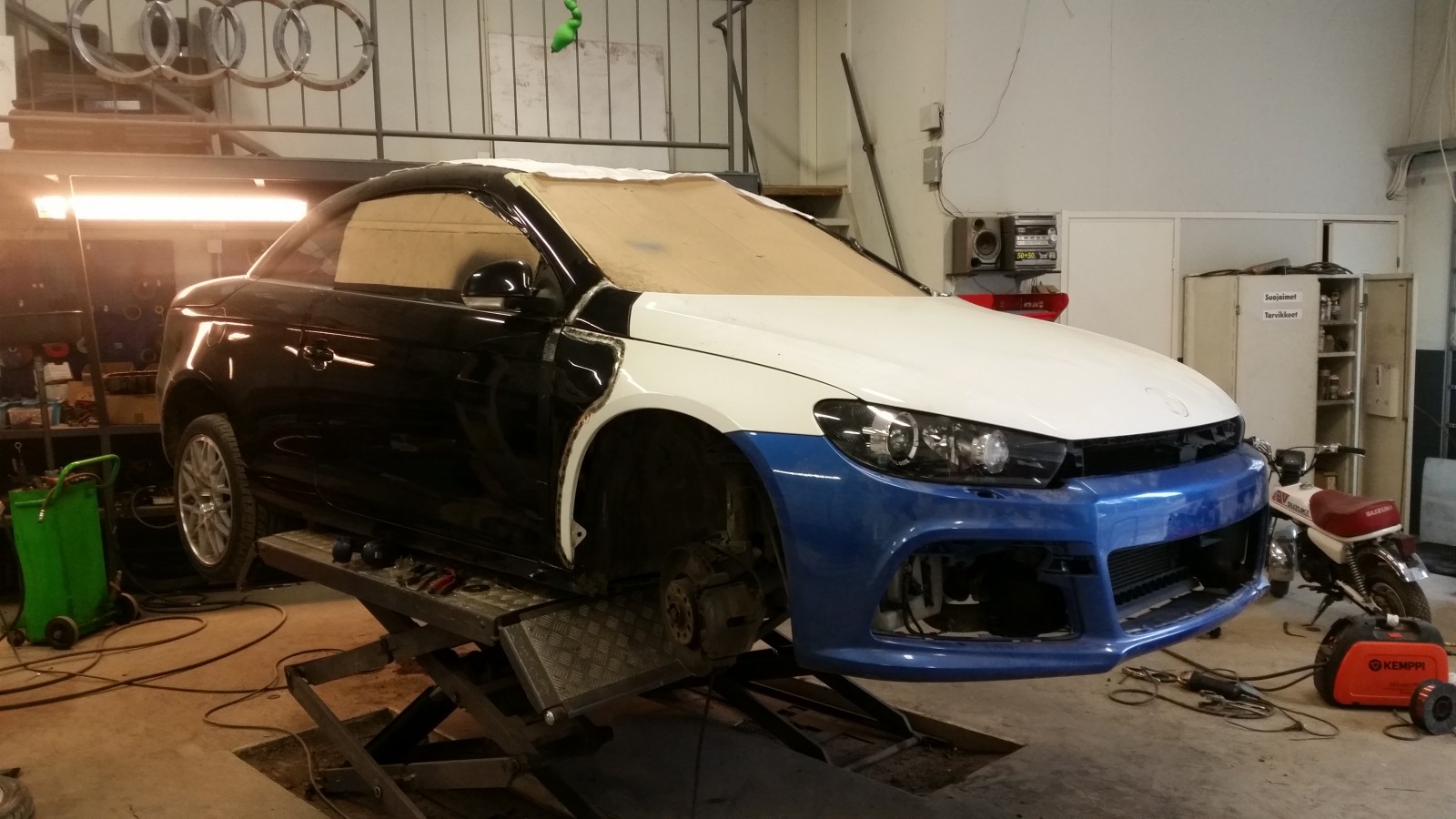 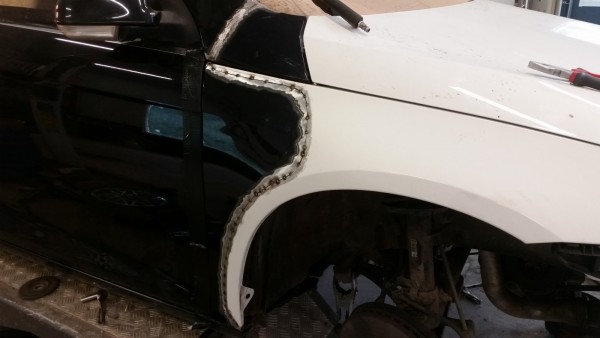 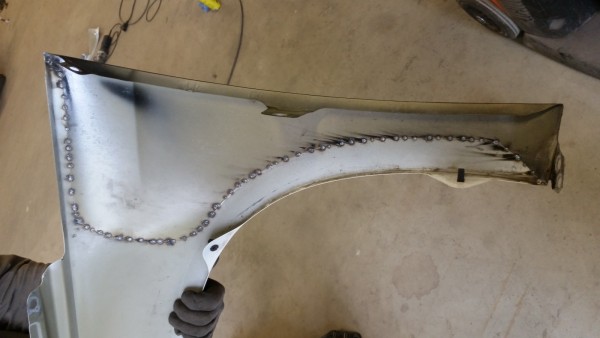 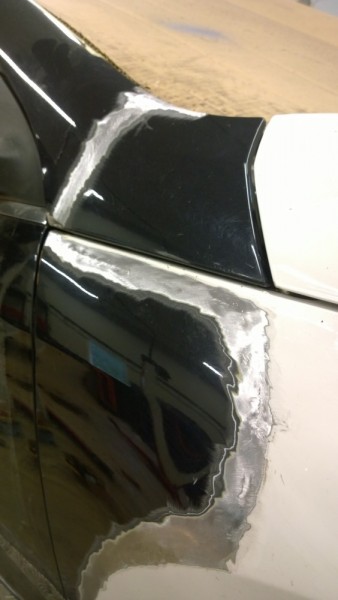 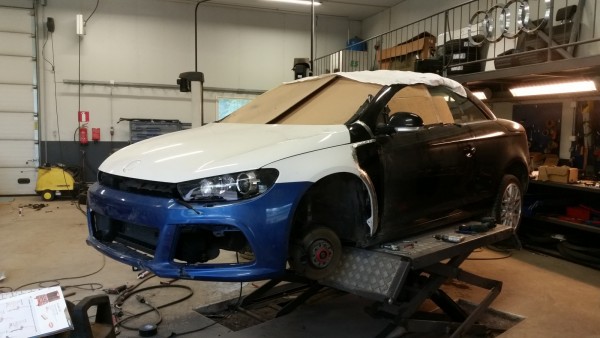 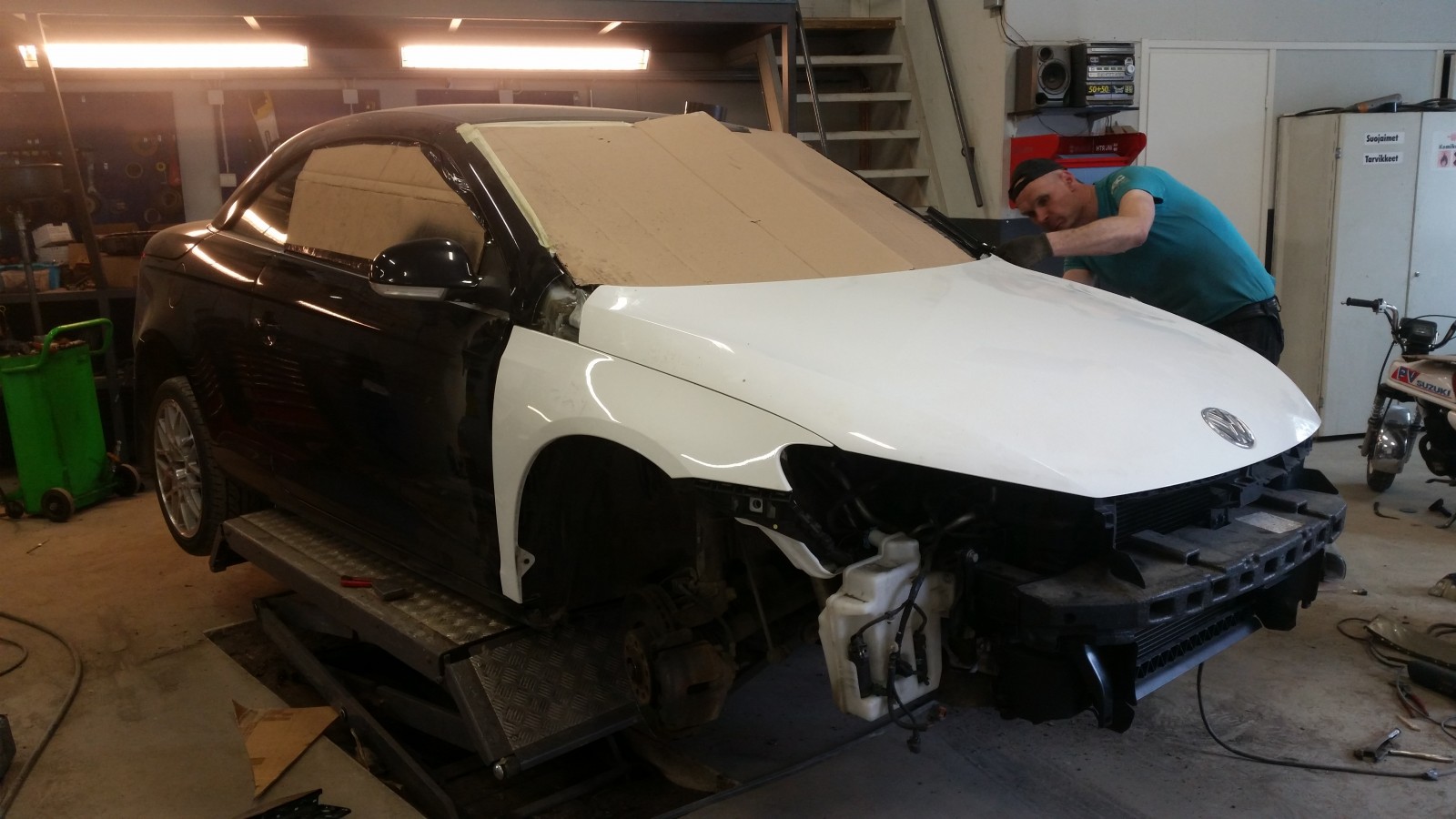 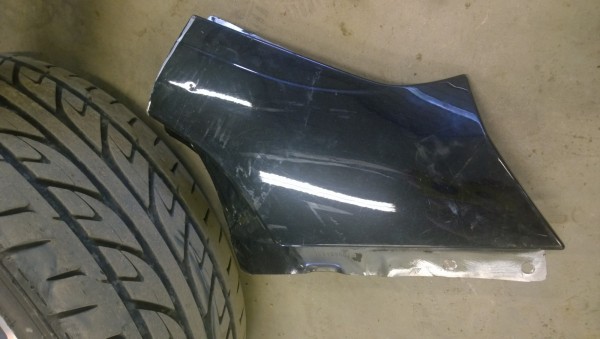 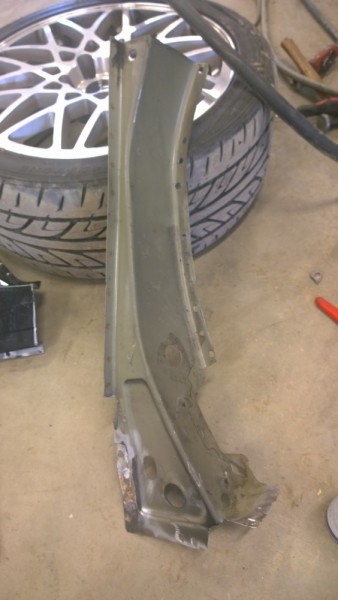 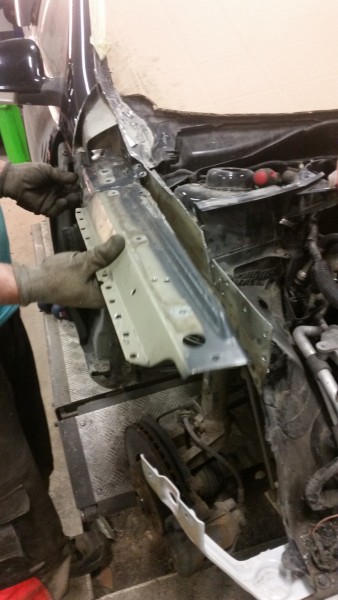 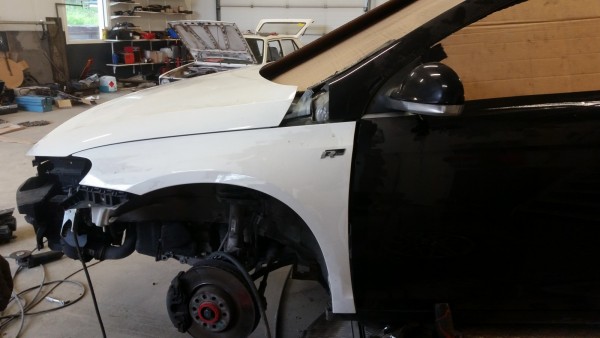 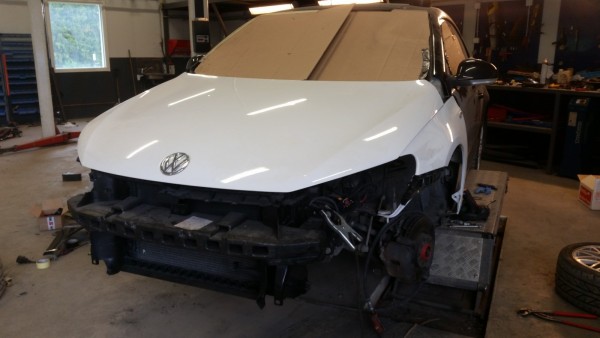 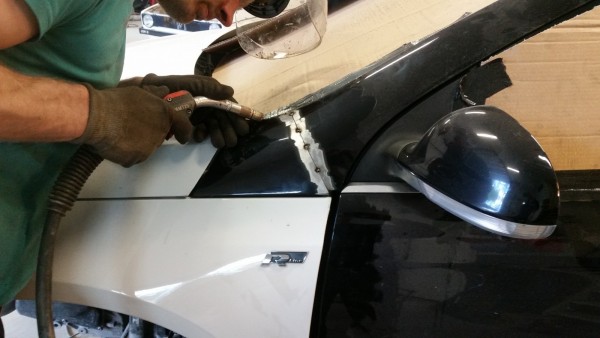 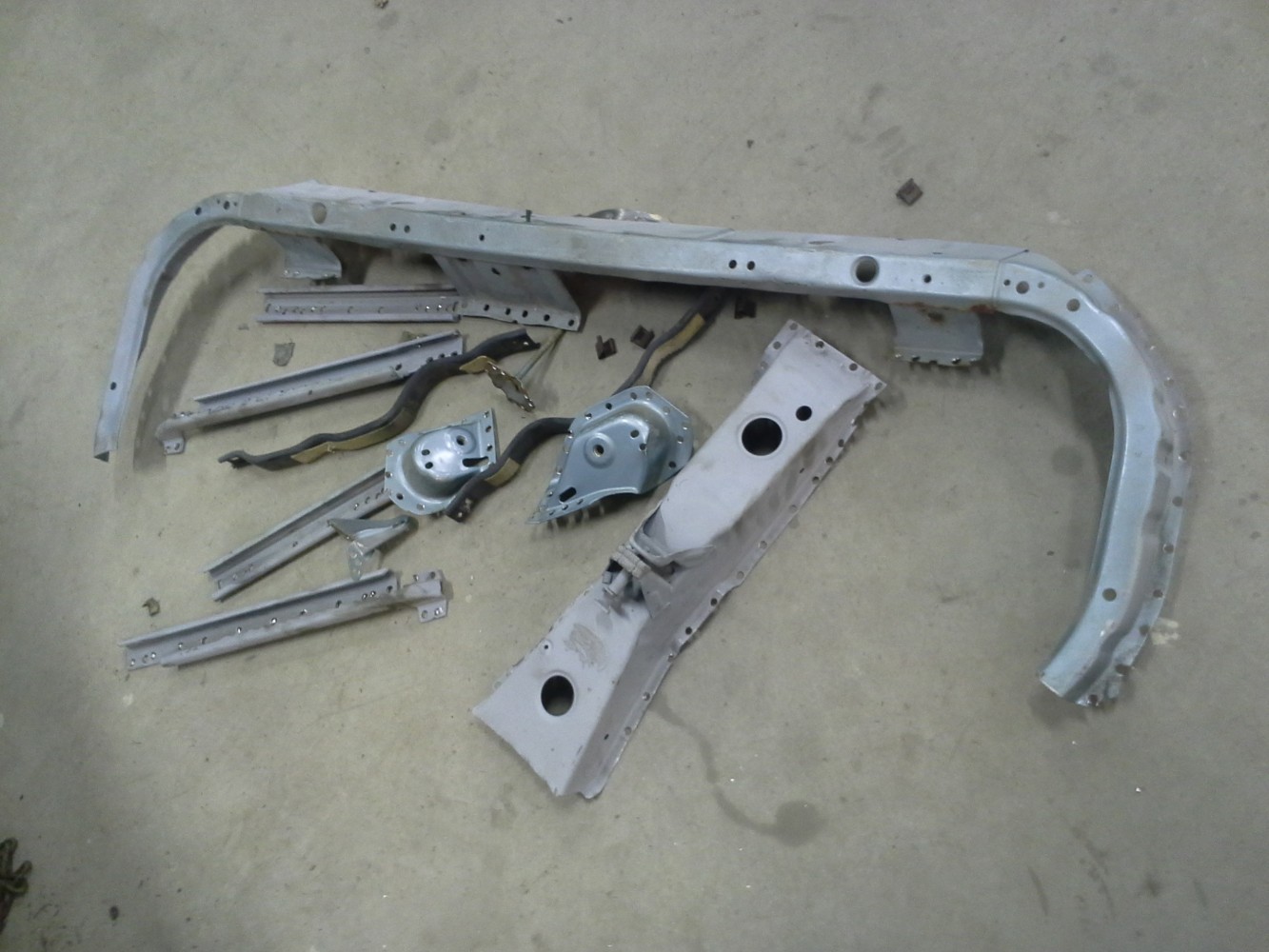 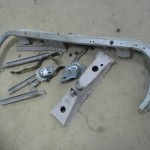 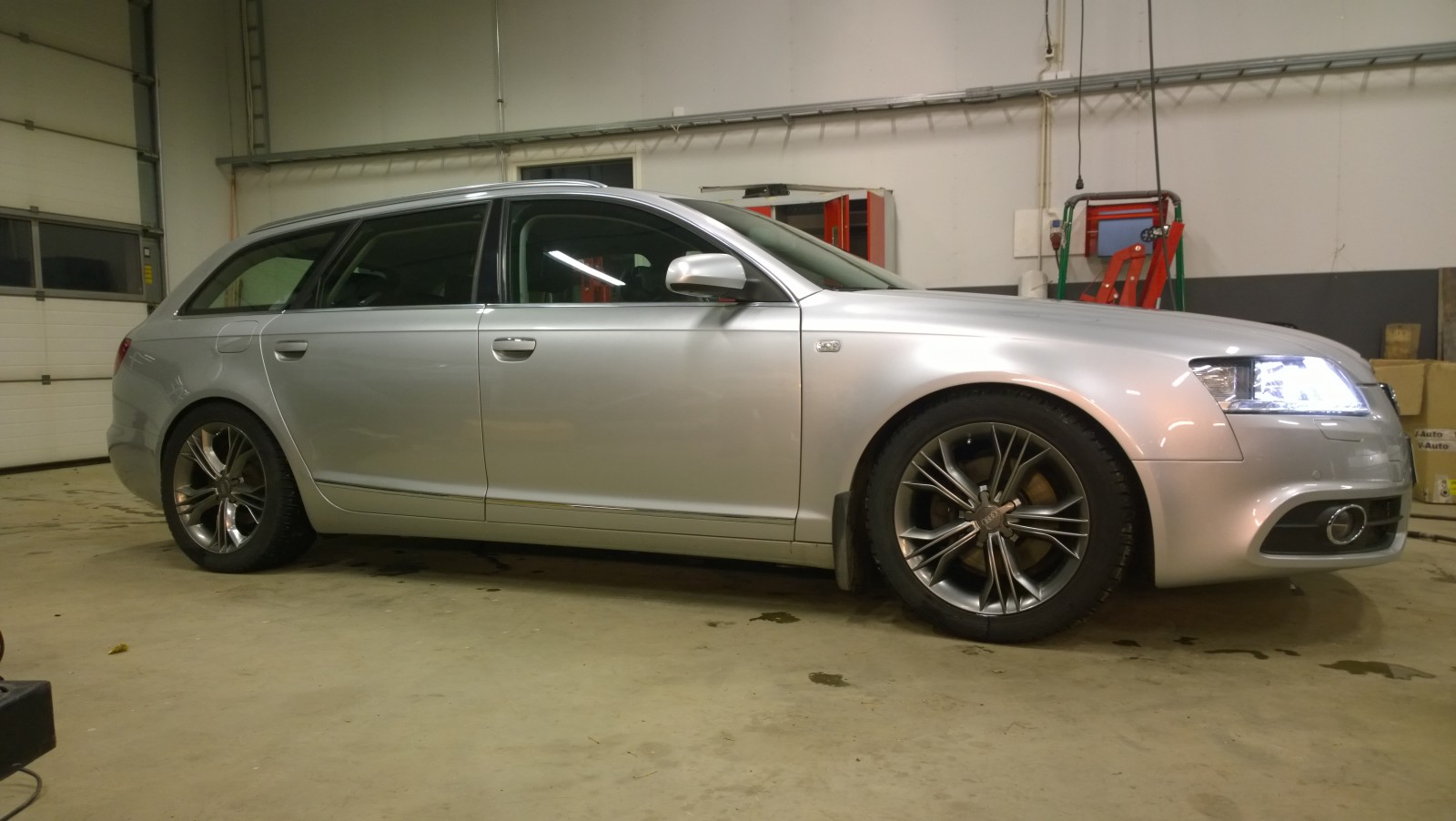 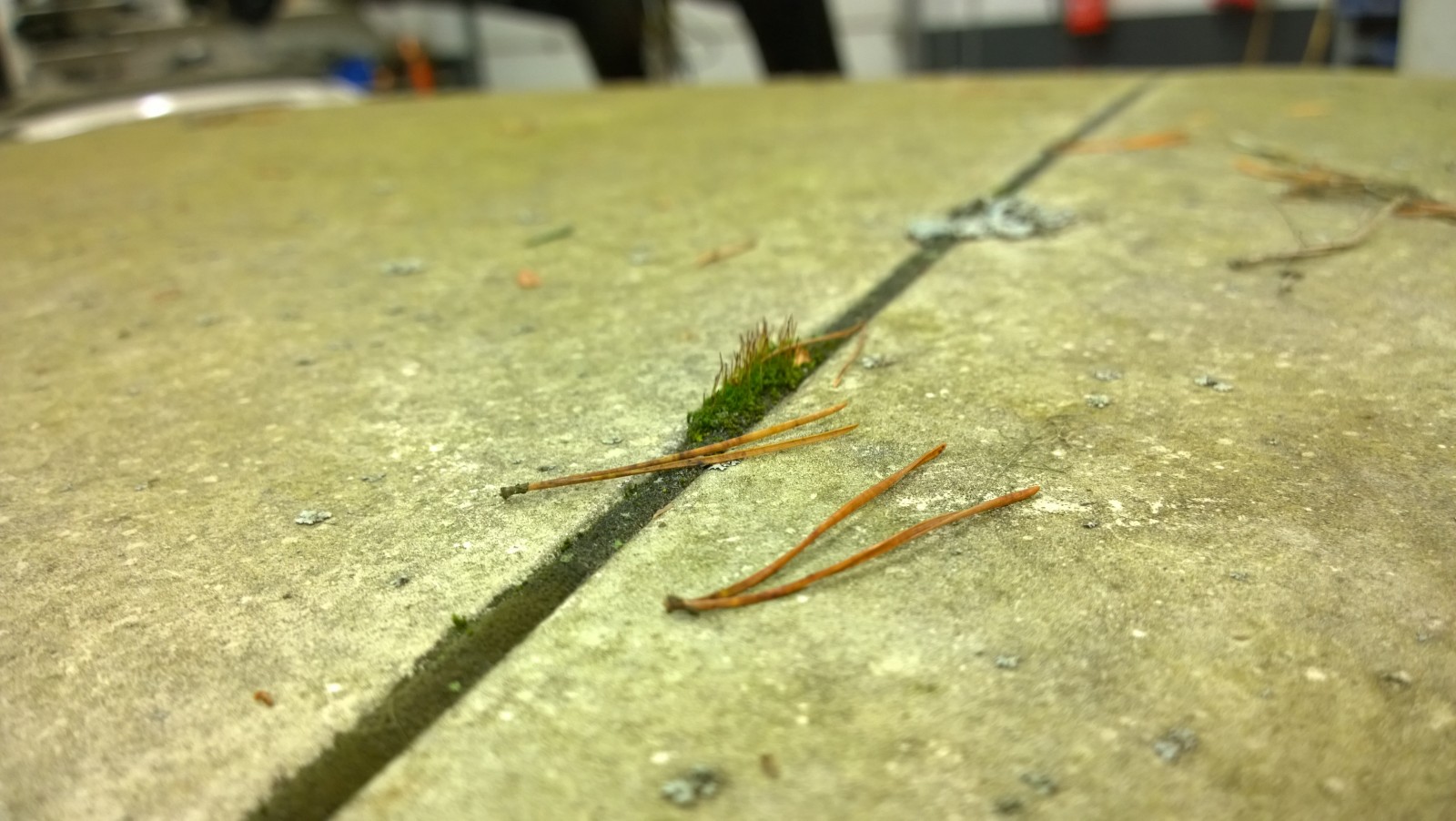 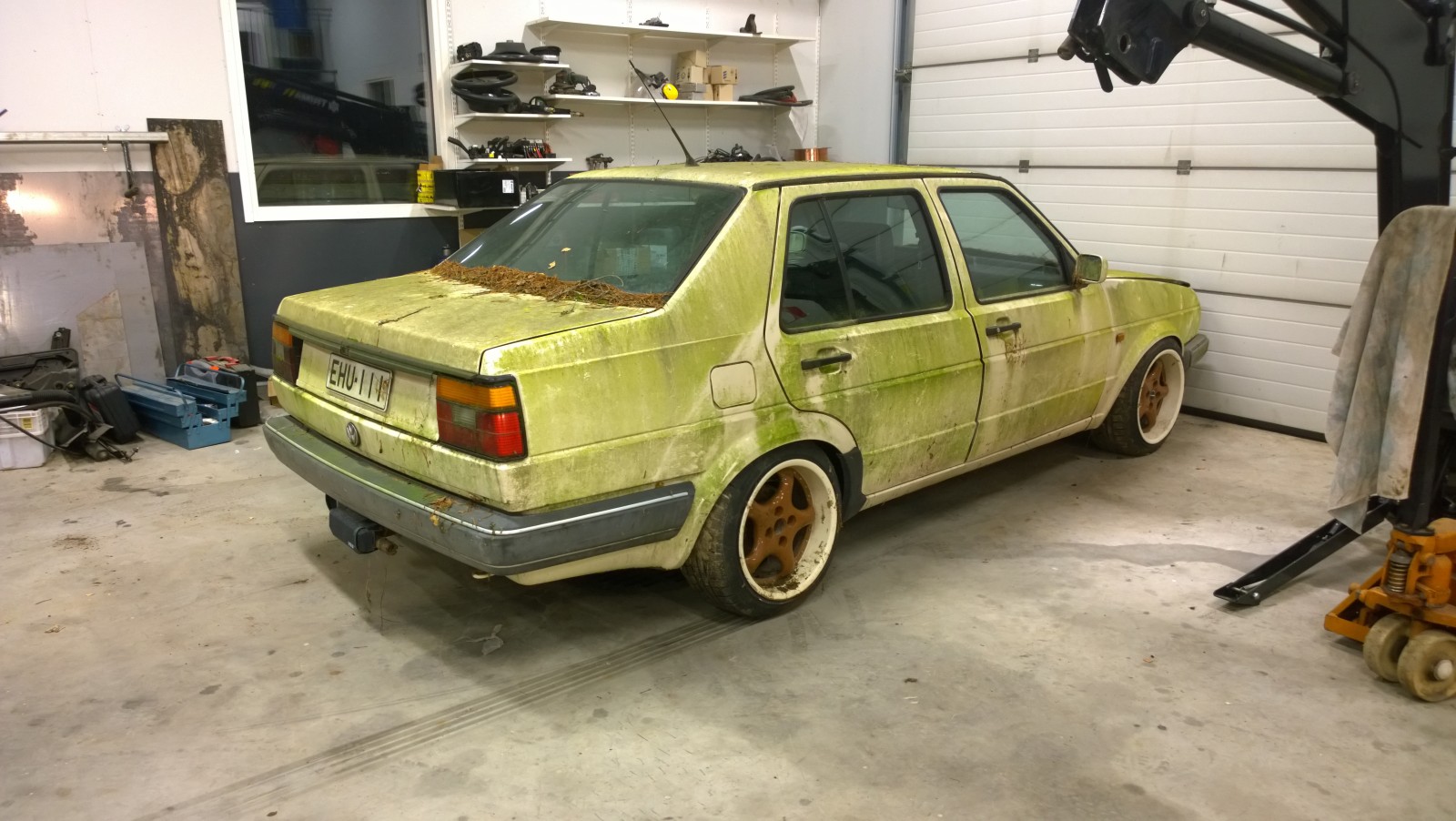 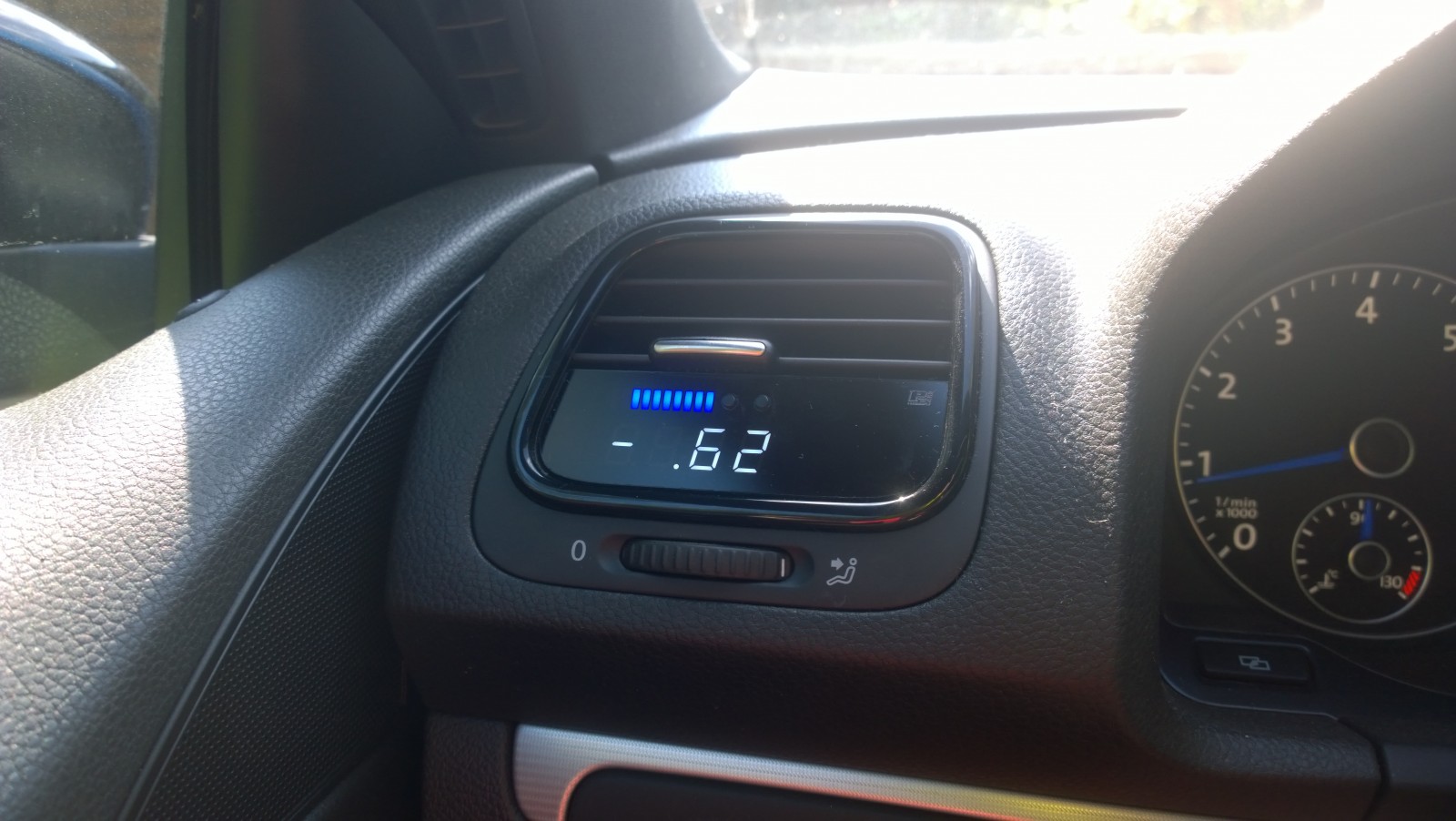