Start of the Scirocco 4motion project 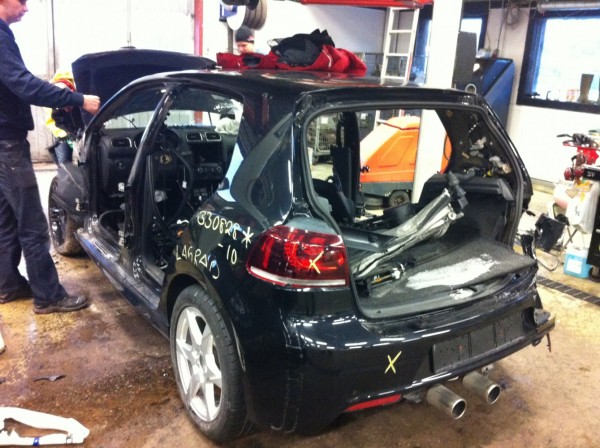 Golf R at car breakers where we bought it. It had been crashed from the front and right rear corner.

It was not that easy though, the breakers was not allowed to sell the whole car… to avoid that some crazy Finns would repair a car that has been ruled for demolishing. So we had to ”destroy” it first. We decided to cut the roof off – we thought we might use some other parts like pillars and sills for some other car repair. 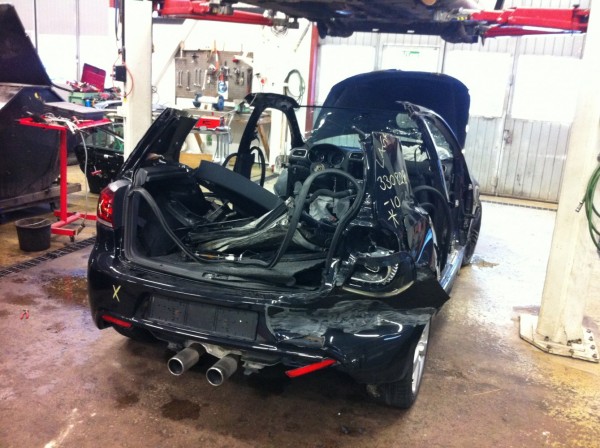 Finally the roof was cut open and we were allowed to lift the car to the trailer. 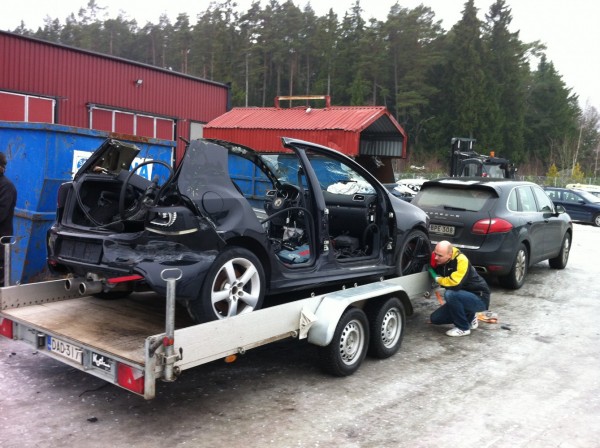 Golf on our trailer 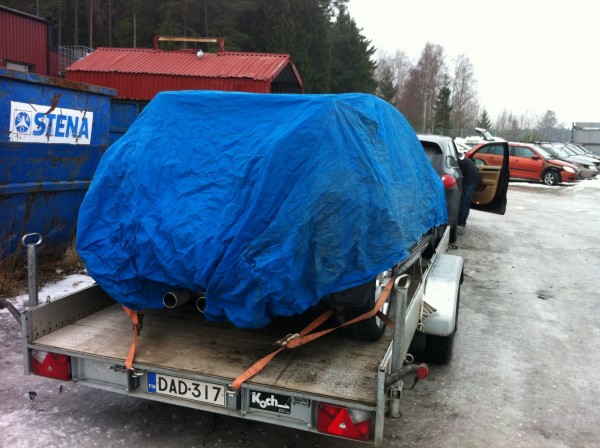 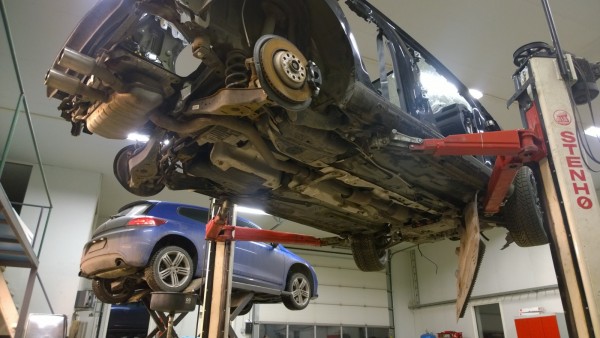 Scirocco and Golf on lifts – comparing what’s different. Not too much – project looking good at this point.