Scirocco in, rear axle out

Before we started to tear down Scirocco, we set it on scales to see the axle weights (needed for regulatory paper work). 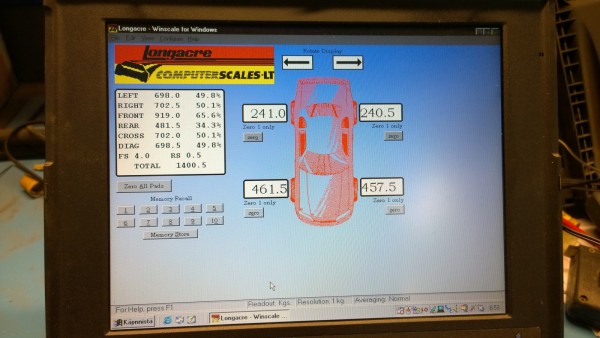 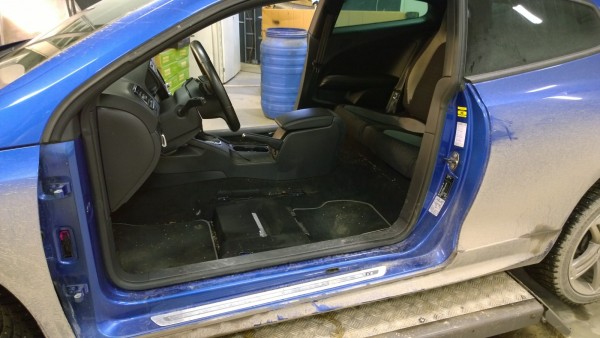 We also had to tear down the dash partly – some wiring needed to be connected inside the dash (more about that later). 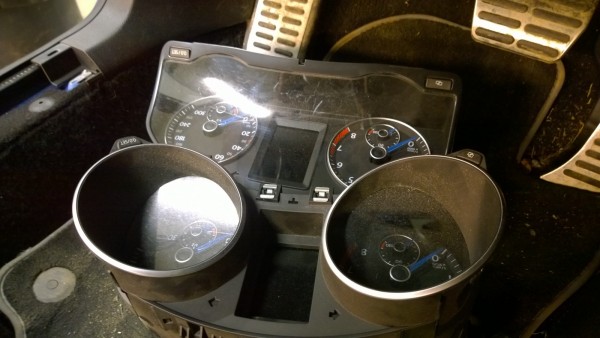 Comparing Scirocco (back) and Golf clusters. 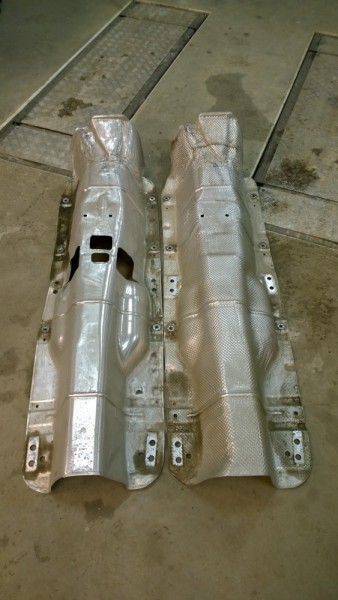 Heat shields under the car. The only difference between Scirocco and Golf are couple of holes needed for drive shaft support bearing. 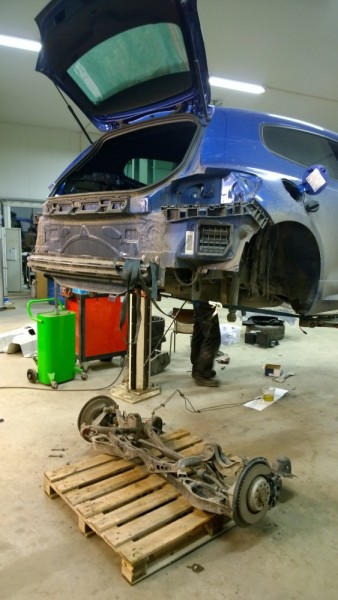 Rear axle dropped off – this took only a few minutes.

Next we decided to change the gearbox. Unfortunately we were so busy doing the actual job we forgot to take a lot of pictures. Anyway, first we had to drop down the subframe – together with steering gear. 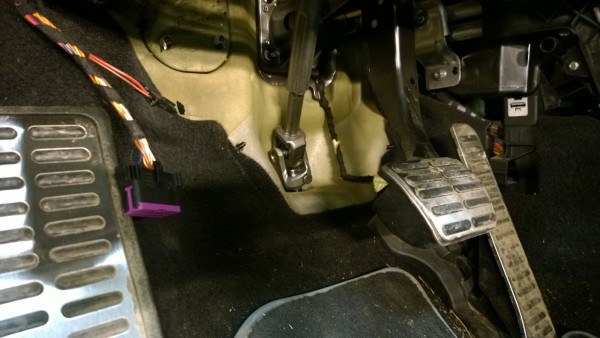 To be able to drop down the front subframe and steering gear we opened the steering shaft. 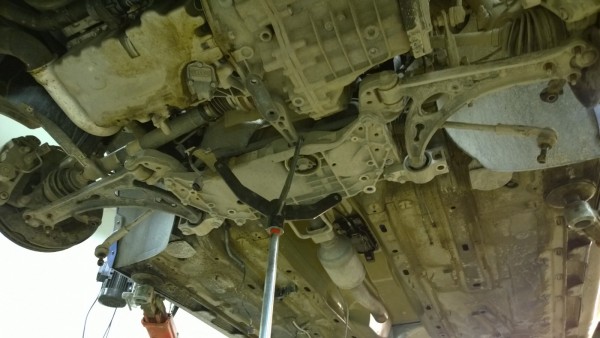 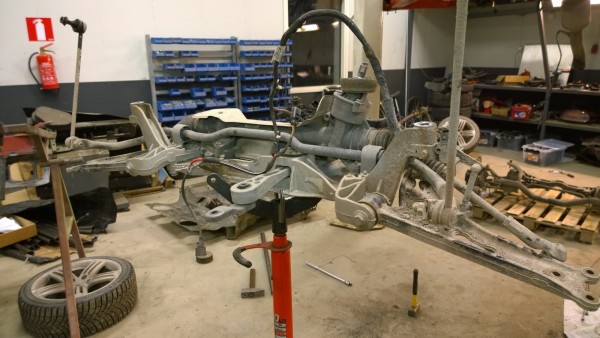 While the engine was supported from the top side, it was now easy to remove the gearbox and replace with the box from Golf.  We compared the Scirocco and Golf gearboxes and they were identical (including gear ratios), the only difference is Golf’s angle drive. 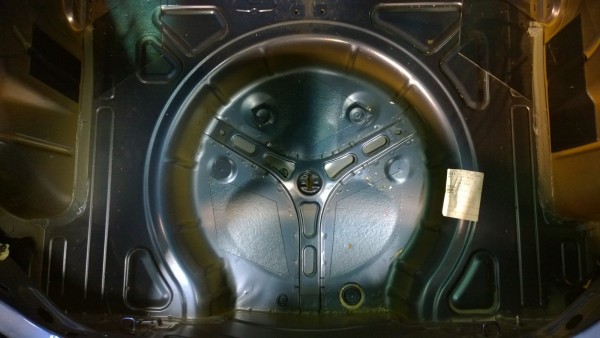 Scirocco trunk. Spare wheel space is a lot deeper than in Golf. This is the reason why we need to switch the floor to make room for rear diff. We’ll post a comparison photo a bit later. 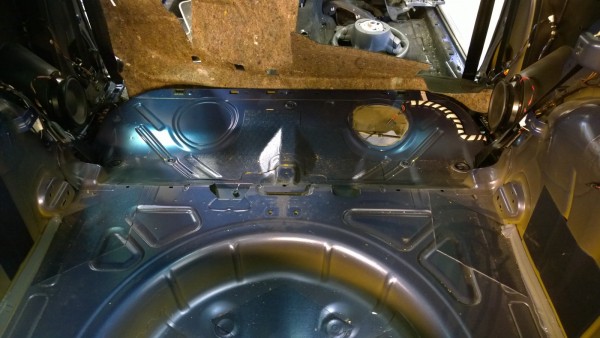 Under the rear seat is the opening for fuel pump and gauge sensor. In Golf there’s a hole on both sides. 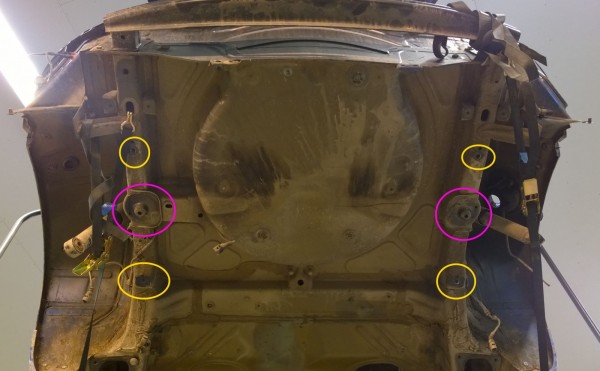 On the underside everything is same as in Golf except the spare wheel area. Rear axle bolts into the same locations (yellow circles). Springs attach to the areas marked with purple.