In addition to trunk floor replacement some smaller modifications were still needed. First is the fuel tank. 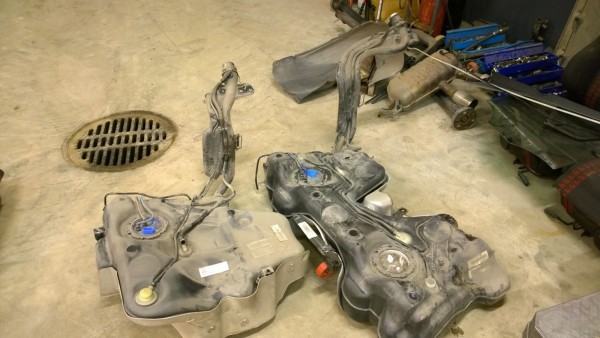 We can’t just swap the Golf tank to Scirocco. The above photo shows clearly the reason: The filler pipe is different. In Golf the filler cap is way more back (about 20cm). In Scirocco that’s where the rear lamp is located, so we could even think of further body modifications – so we had to modify the tank. 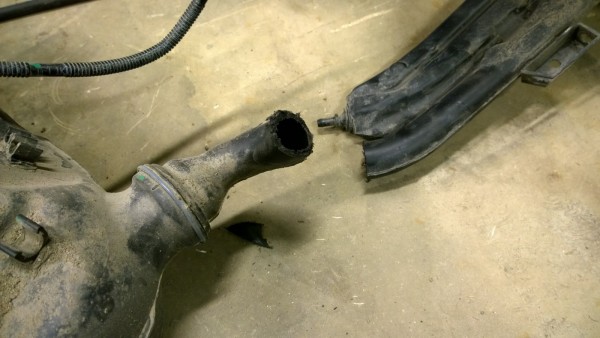 We cut the filler pipe from both Golf and Scirocco fuel tanks. 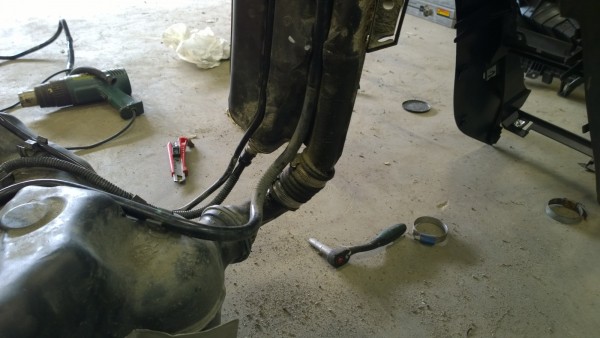 Scirocco filler pipe was connected to Golf tank with pretty simple method – small piece of petrol resistant hose and couple of hose clamps. After four years we haven’t had any kind of leaks.

It was also necessary to cut another hole to the floor under the rear seat to get access to the fuel tank.  The opening gives access to the second fuel level sender and the wiring to the Haldex controller also goes through this hole. 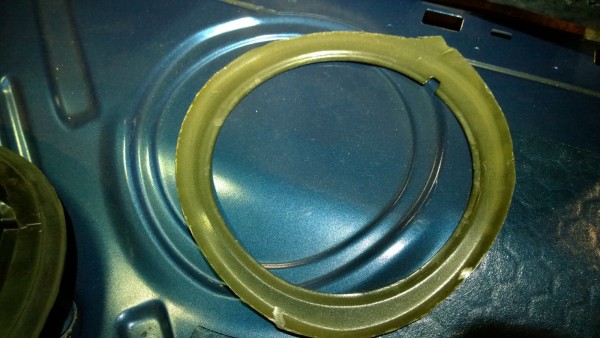 We used Golf floor piece as a template for cutting the hole. There’s already a molded space for the hole. 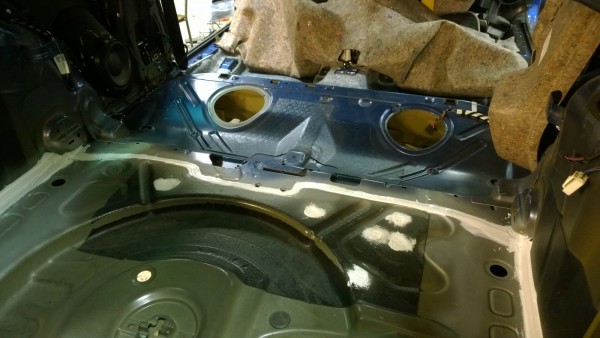 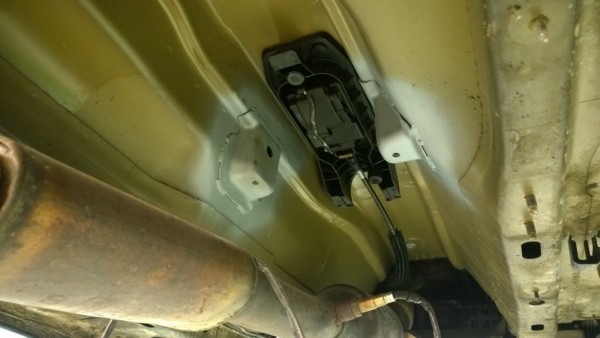 The drive shaft support bearing required brackets – these were cut from the donor Golf. 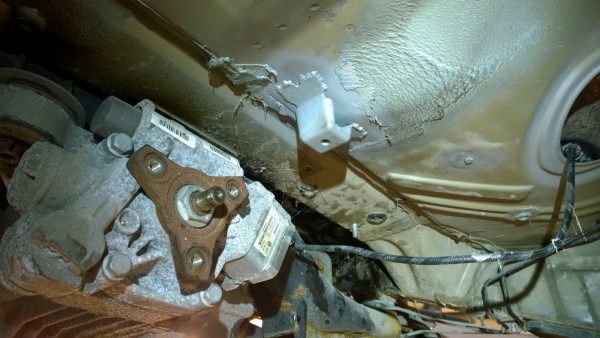 In this photo we already have the rear diff installed, but that’s not the point here. Two of the fuel tank brackets/nuts are different from FWD, this was also taken from the Golf. 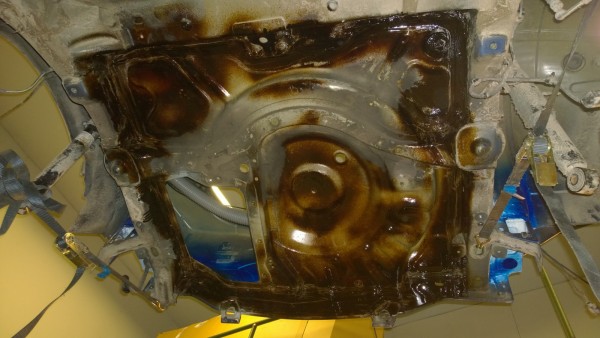 Some rust protection was also applied.

Finally we’re ready for installing stuff. To be continued…